Jesus is Sufficient – Hope with Contentment 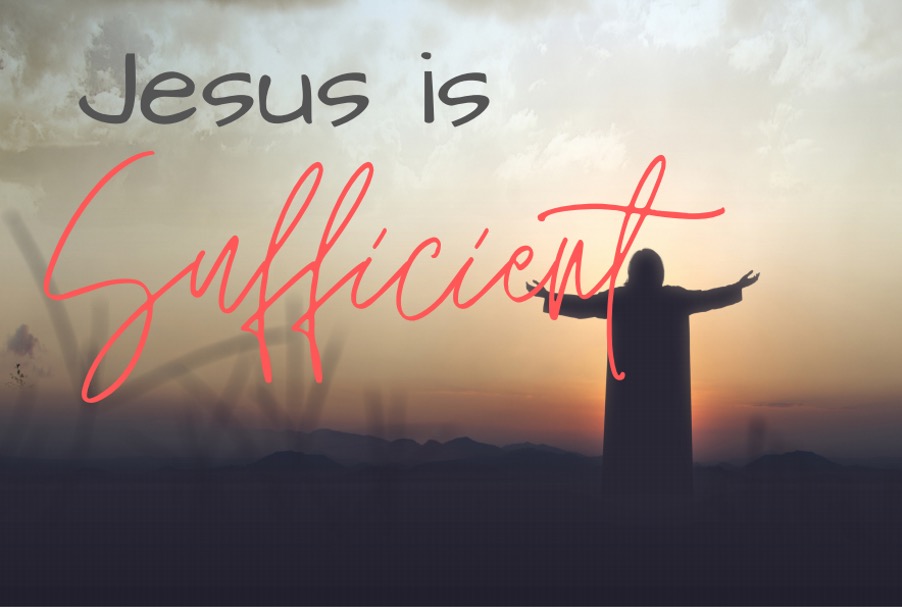 Jesus is Sufficient – Hope with Contentment

Welcome to our March 2021 issue of A Higher Hope.

As we continue our theme of Hope with Contentment it is interesting to trace the idea of discontentment back to its roots in relation to human experience. As we rewind the story, we see that in original creation, contentment was a state of delight and fulfilment in God’s presence as Adam and Eve lived in perfect relationship with their creator. Discontentment was not part of their initial experience as human beings. Their lives were centred around God and there was no sense of dislocation that made them desire anything more than knowing and relating to God, each other and the creation that was entrusted to their care. The picture in Genesis 1 and 2 was one of fulfilment, flourishing and freedom to be all God created them to be. They were content.

The moment they exerted their independence from God and ate the fruit, they lost their sense of contentment. From that act onwards, humanity has struggled with the desire for more and the ever-growing sense of discontentment.

The Scripture is full of verses that speak about true contentment in all areas of life that flow out of a relationship with the known God. God has revealed Himself and He is everything He claims to be; perfect, holy, loving, gracious, faithful, wise, immense, intimate. His credentials are beyond our ability to really understand all the dimensions of who He is and His right to rule over all of life. He is the only One qualified and capable of holding all things together (Colossians 1:17).

Jesus is sufficient. He was from the beginning and He always will be. Yet we find the serpent keeps coming through the garden gates and playing the same old record; round and round and round: you are not enough; you need more, you won’t die, God has abandoned you, God has caused you to miss out and created your suffering, you don’t need God but you do need to reinvent yourself and keep proving yourself. Discontent rings through all his distasteful words that are designed for humans to feel devalued and discontent. When people buy the lie, they soon learn that discontentment is a by-product of his insane claims and ultimately, they are robbed from knowing Jesus as the true source of contentment and His sufficiency in all things.

You would think that we humans would somehow learn from our original mistake. Trying to by-pass the sufficiency of Jesus has become a repetitive pattern of our lives. We don’t need more. We need Jesus in all things. We don’t need to invent our identities and our meaning or be driven by consumerism that leads to self-sufficiency and the apparent good life. It is a fallacy to try and create contentment by stepping onto this distorted pathway. Contentment can only be truly found as we defy the lie by embracing Jesus, standing firm in our relationship with Him and knowing Jesus is always our “more”; that Jesus is sufficient.