September 2020 A Call to Persevere 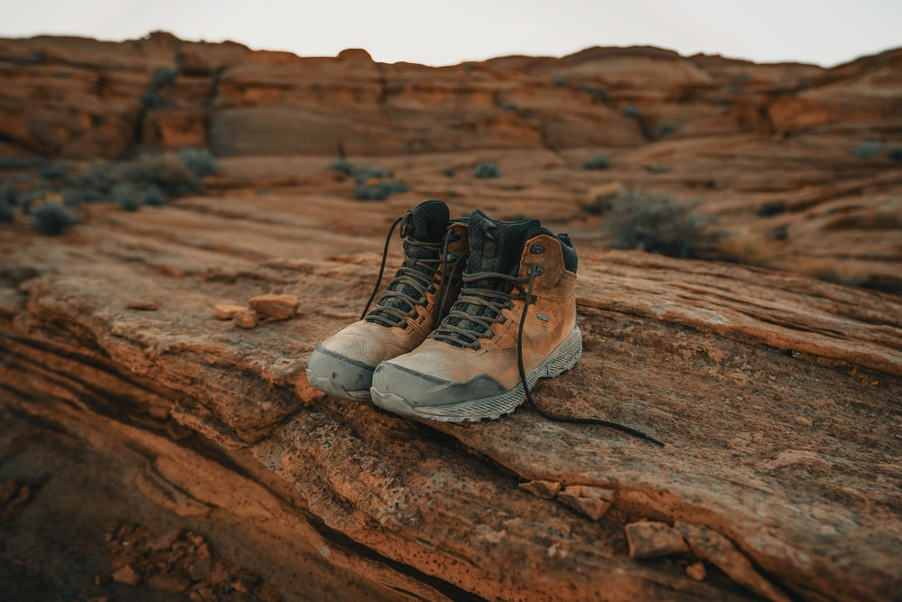 Walking in the track of hardship is often made a little lighter when we know that others have walked before us and faithfully honoured God by staying the path in times of trouble.

The Bible is full of stories that celebrate the lives of God’s people who have journeyed on the path of difficulty and left us a trail of hope. The imprints of their shoes are pitted right throughout the Biblical stories and the path they have faithfully cut become the tracks of hope that we can walk on.

As each story in the Bible is recounted, they all retell the story of God’s faithfulness in the midst of trials. As we take God’s hand to walk the path of life, we will, at times find ourselves in the valley of difficulty. In the track of hardship, our faith is carved out and we persevere in God’s strength. As we engage with these stories, we find another layer of hope that spurs us on. We realise it is possible to walk the track of hardship when we step into the shoes of the saints that have gone before us.

Joseph is one such character. The story of Joseph is often recounted as a sanitised version read out from a child’s story book. Yet, if we look deeply into the life of Joseph, we will see all the elements of heartache and devastation at play as Joseph was stripped of everything he held dear, yet he faithfully stayed the path. Genesis 37-50.

In a moment and without warning, Joseph went from being a treasured son to a displaced citizen of a new and unfamiliar land and a foreign culture. His older brothers, who should have protected him, allowed their jealousy and resentment to bubble along and boil over into a brutal act of betrayal as they sold him off to some greedy merchants en route to Egypt.

Joseph stepped off a track of love and esteem and onto a track of hatred, rejection, and devastation. He must have been crushed. Not only was he rejected, he was utterly displaced at the tender young age of 17. His whole sense of self and identity must have been challenged beyond words. One of the worst things for Joseph must have been the lack of answers resulting from the accelerated emersion into the slipstream of suffering. Nothing would have made sense about this assault on his life.

It seems like the book was thrown at Joseph in terms of hardship. It was traumatic enough that his family abandoned him. Piled on top of this gaping wound of rejection, he was also stripped of his rights, removed from what was familiar, underwent a crisis of identity, culture and purpose, stepped from sonship into slavery, was falsely accused and imprisoned. He bore a life that was lacerated by hardship.

As a young lad, God gave Joseph a glimpse into his future calling and purpose through his dreams. During those years of waiting from when he was cast into prison to his appointment in the palace, Joseph must have felt a sense of disorientation and grief about what God intended for his life. Yet, Joseph understood the truth of who God was, and even though his experience of suffering could have lured him into questioning the truth about God, he remained immovable in his belief in the sovereign hand of God.

In the story of Joseph who walked the track of hardship, we notice three golden cords of truth that kept him connected and coherent in the midst of the tragedy he faced. We can pick up the same gold threads of truth because they timelessly run through all our stories.

Joseph’s final statement to his brothers could have been quite different. He could have responded in a corrosive, merciless manner and made them pay for what they had done. Joseph clung to God’s pre-eminence from start to finish and was able to exclaim “what you intended to harm me, God intended it for good”. Genesis 50:20. The position he took would only be possible if he was grounded in this truth and lived out this belief day in and day out. Embracing God’s pre-eminence required Joseph to live forwards in faith, in order to understand things backwards. His track of hardship became possible as He embraced God’s sovereign control and understood that God’s purposes and timing are executed perfectly, even though the track of hardship is a harsh road to walk.

A number of times we hear Joseph affirm that God was with him. For example, Genesis 39:2 says “the Lord was with Joseph . . .” The narrative mentions God’s presence with Joseph and Joseph embraced this reality. Whilst the presence of God would have been a comfort, the tragedy persisted. As it persisted Joseph leaned into God’s presence.

Joseph suffered incredible injustices. The provision of God, in God’s perfect timing kept God’s purposes on track. Not only was Joseph himself granted God’s protection and provision, his life became a vehicle for God to outwork the provision of salvation for all of humanity. God provided a position for him as Prime Minister in the courts of Pharaoh. Joseph didn’t just land in this position, he was intentionally and eventually appointed by God as a redemptive act.

I stand in awe of Joseph and as I ponder his life, it gives me great hope that I can walk the track of hardship in the shoes of this man of faith. When we are cast into times of tragedy, we know from Joseph’s example, that despite what the circumstances dictate, the truth about God is final. God is always God in the midst of difficulty. He is always pre-eminent; His presence will be thick (even when He seems silent) and His provision will be perfect as He outworks his purposes in His perfect timing.

So, friends, take the time to pour over the story of Joseph and step into the shoes of one who endured and embrace hope as you persevere on the tracks of hardship.