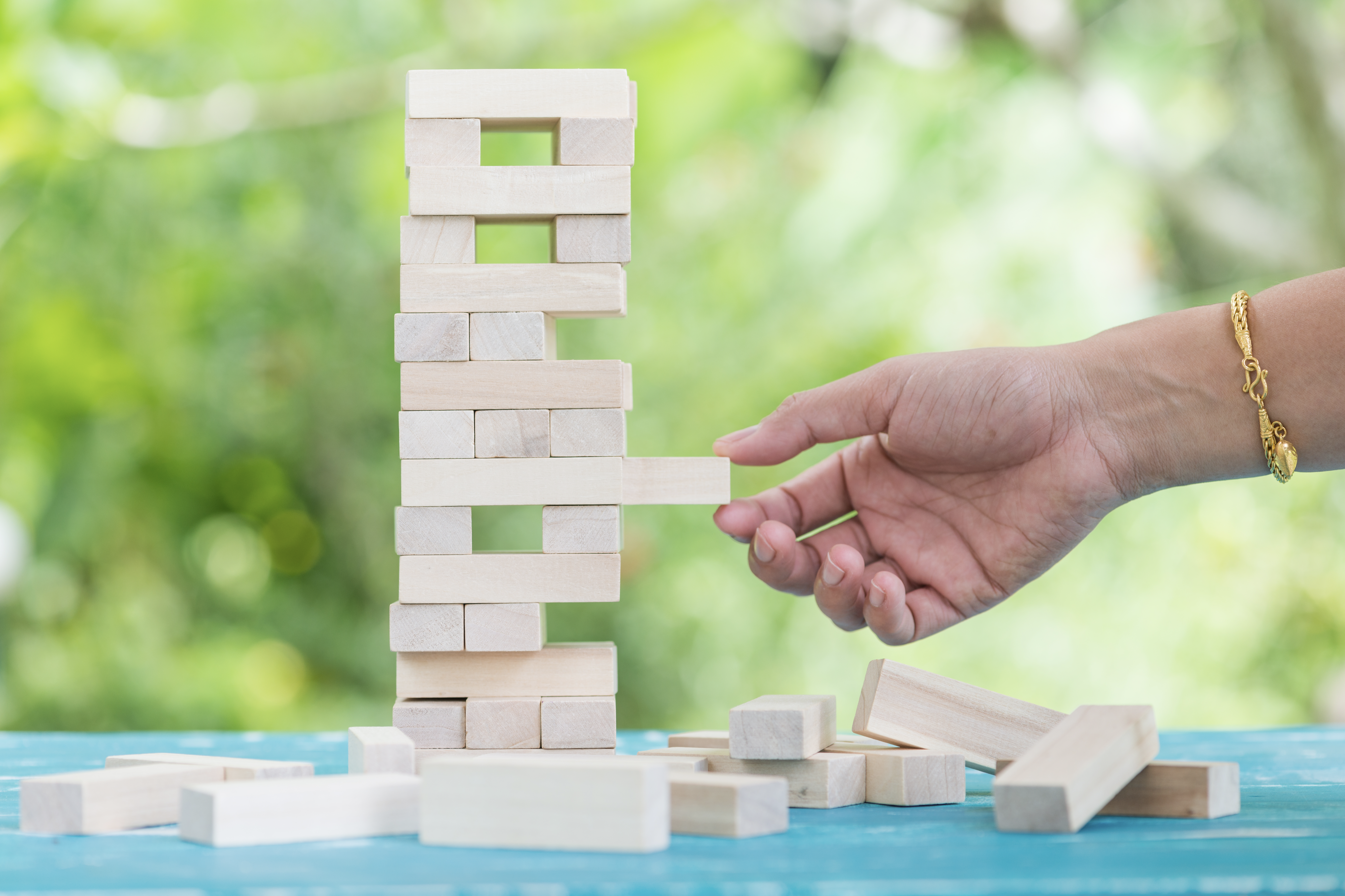 My grandchildren play a game called Bugs Building. It is a form of Jenga where all various coloured blocks (bugs) are stacked on top of each other and built into a tall tower. The goal is to remove the blocks without causing the tower to crumble. The more blocks that are removed, the weaker the structure becomes. One by one the blocks come out of the tower and the hope of it continuing to stand becomes less and less, until eventually, the inevitable happens and it crumbles to the ground.

The postmodern philosophy that has shaped the 21st century has grown out of the large philosophical sweeps of thinking that have evolved and progressively removed the building blocks of faith and belief in God. A world devoid of God becomes a desolate place as it cracks and shakes life to the core. In speaking of the western cultural elites who have disregarded God for more than two centuries, Dr Os Guinness notes “in the early twenty-first century, their movement from disregard to desecration to decadence is going mainstream.”[1] The end result of disregard, desecration and decadence that shifts the focus from God to humanity is finally a deep sense of hopelessness that runs through the veins of western culture as the structure crumbles, taking hope down with it.\

The world is collapsing like a set of dominoes under the weight of a globe that no longer believes in absolute truth and has either merged God into a blur, sidelined Him or killed Him off. The God-shape ponds of hope have become polluted with a murky philosophical alga that floats on the waters of life and blurs God’s revelation of truth and reality. As God’s foundations and structures of truth are progressively removed, (like the Jenga blocks in the kid’s game), the knock-on effect is the diminishing capacity for human flourishing and the erosion of hope.

Yet “God is sovereign over the course of history and the rise and fall of powers.”[2] God remains King and ultimately rules and with God on the throne, there is an enduring hope. Hebrews 2:18-20 tells us how we can all have real hope with belief. “We who have run for our very lives to God have every reason to grab the promised hope with both hands and never let go. It’s an unbreakable spiritual lifeline, reaching past all appearances right to the very presence of God where Jesus, running on ahead of us, has taken up his permanent post as high priest for us, in the order of Melchizedek.”[3]

To seek to kill God is to kill hope. God is the only hope for His world. Humanity is not capable of generating this type of hope. Our own corruption can only be redeemed by Jesus as He sets us firmly upon His rock of hope when we believe in Him as the way, the truth, and the life. John 14:6. This hope is external to us and flows directly from God. It rests on God’s solid foundations and makes hope possible as Christians live life according to God’s design.

God has entrusted this hope to His people who outwork the belief of the Christian faith. “It is genuine Christ-shaped love, . . . embodied in our . . . callings and spoken as a fresh word into our culture, that provides the ultimate answer to the follies and the false trails of our day.”[4] The presence of God in the world through authentic Christians who incarnate truth and love will be God’s way of pointing people to back Jesus and restoring hope to a lost world.

The world may think that God is irrelevant, redundant or dead and will live with the consequences of confusion, disorientation, and hopelessness of a godless culture, but the good news of belief in God, where God’s people live tethered to Him is a powerful expression of hope that beckons humanity back to build their lives on God’s solid foundations.

Friends, we live with the richness of hope with belief in God and must keep stirring up the Spirit of Truth in an age that needs Jesus more than ever.